Unfortunately, the Southern hospitality that our region is known for does not extend to the road.  According to a study by AutoVantage , Atlanta was the only city to be in the top 5 cities for the highest incident of road rage in 2013 as well as 2014.  We earned the angry driver reputation by being most likely to hit another vehicle on purpose, as well as being home to the most speeders and tailgaters.

Motorists all over the nation are at risk to be the victim of a road rage incident.  The study did find that road rage was not specific to one region of the country, though links can be found to heavy congestion and long drives.  These occurrences are becoming more and more common and more and more dangerous. As smart drivers, it is imperative that we do not let an instance of being cut off by an over-zealous driver escalate to a life or death stand-off.

Quiet as it is kept the overwhelming majority of us have engaged in some level of this deadly culprit. Whether it be a glare, a toot on the horn or a menacing tail for a few seconds many of us have found ourselves on the offensive within a road rage engagement. Add the inclement weather variables for the northern part of the country and the elixir can be toxic.

The overall slower pace and courteous gestures that make the South noteworthy needs to transition to our road manners. The line is drawn here at the outset, and the road rage door cannot be opened. You never know what someone else has gone through in that day, and it is safer to chalk the encounter up to the great stroke of luck that no one was injured.

Knowing that you are fully insured is a load off that helps to keep all motor vehicle encounters in the proper light. So even if an accident occurs you are covered. Consulting with the knowledgeable staff at LG Insurance Group is a great step in the right direction. Serving Marietta GA as well as all of northern metro Atlanta with valuable insurance packages for Personal, Life, Home and Auto we have your peace of mind at our fingertips. 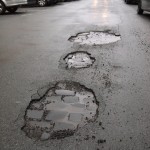